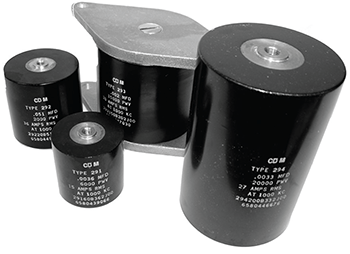 If its fighter jets, radar systems, wind turbines, or anything in between that you’re in the business of building, Marsh is the best place to turn for the trusted Cornell Dubilier capacitors to help you get your job done. As the largest power capacitor company in North America, they offer one of the largest selection of aluminum electrolytic, mica, AC film, and DC film capacitors, and the only U.S. manufacturer of high quality mica capacitors.

CDE capacitors also have a reputation for their uncompromising reliability. Every capacitor line undergoes a rigorous testing process that takes all possible variables into account, such as application conditions, capacitor wear out rates, reliability models and much more. And with a global team of capacitor specialists, distribution partners and sales support staff, they are able to provide prompt and courteous service.

A Look into CDE 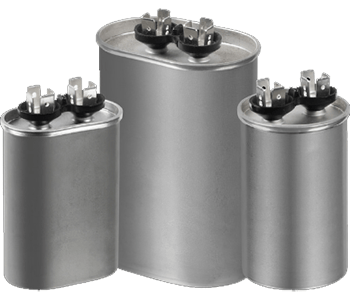 Starting simply as Dubilier, they invented the mica capacitor which would be used in a device in WWI to detect submarines. After the war, the Dubilier Company became one of the earliest commercial capacitor manufacturer’s. And in 1933, they merged with Cornell Radio to become the renowned Cornell Dubilier Electronics. With the rise of radio and television broadcasting, the company grew phenomenally, and by 1966 possessed more than 350 patents in radio and electrical sciences. Since then they continued to grow into one of the largest capacitor makers and earn a global reputation for manufacturing high quality, high-end capacitors, while staying a privately held, American owned company. And since 1996 all of their facilities have been audited and registered to ISO-9001 and their Liberty, SC facility is an AS9100 and ISO-14001 registered facility that specializes in military, aerospace and custom capacitor design. CDE also sources conflict free materials, restricts the use of hazardous substances, and do not use any ozone depleting chemicals. 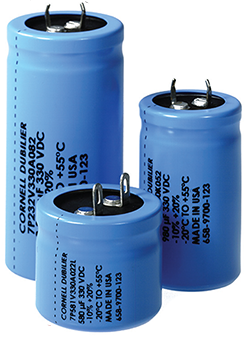 As the original inventors, foremost authority, and largest manufacturer of the mica capacitors they feature superior high Q performance without the undesirable properties associated with ceramic and porcelain capacitors and are largely used in military, aerospace, and medical applications. CDE offers a selection of screw terminal, snap-in, and board mount aluminum electrolytic capacitors used extensively for defibrillators, medical imaging, radar systems, and UPS power backup for large data systems. The innovative flatpack aluminum electrolytic capacitors for rugged applications and space saving. CDE’s aluminum polymer capacitors, while possessing much lower ESR than other capacitors, are ideal for high ripple current capability power conversion. Offered in molded chip, vertical chip, and radial form factor. Ideal for applications in motors, HVAC, HID lighting, and large inverters, the film AC series are UL810 approved for fail-open operation and ensure long-life and corona-free operation. Using the industry’s highest grades of metalized films to ensure the highest level of performance, the film DC line of capacitors to be used as filters, DC link and snubbers for power electronics and can be custom designed by CDE’s engineering experts to provide assistance. Being one of the few remaining DC rated oil filled capacitor manufacturers, continuing to design paper and film combination dielectrics for high performance power conversion and power supply applications. The supercapacitor is used in a wide range of applications from battery backup in smart meters to regenerative braking.